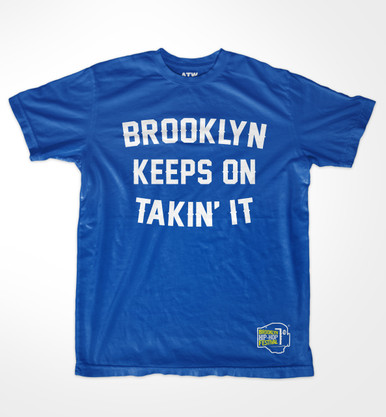 ATW is proud to join forces with Brooklyn Bodega, New York City's preeminent Hip-Hop event organizer and founder of The Brooklyn Hip-Hop Festival (BHF), New York City’s largest Hip-Hop cultural events. The Festival showcases the positive aspects of Hip-Hop culture by highlighting Hip-Hop’s legacy as an agent of artistic progression, community building and social change. ATW is committed to working with brands like Brooklyn Bodega and BHF, who embody the rich cultural spirit of Hip-Hop and reflect its mantra of Peace, Unity, Love and Having Fun. In the immortal words of Blastmaster KRS-One's 1987 classic, The Bridge Is Over, "Brooklyn Keeps On Takin' It..."

This product hasn't received any reviews yet. Be the first to review this product!